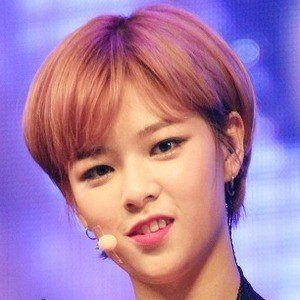 Pop singer who became known as the lead singer of South Korean girl group Twice. She was previously on girl groups 6mix and Nayeon under JYP Entertainment.

She tried out for the 6th audition of JYP Entertainment in 2010 and was a trainee for five years before being chosen to be on Twice.

She has also acted and appeared on the TV shows Sixteen, We Are Siblings, and Vitamin, among others.

She was born Yoo Jeongyeon in Suwon, Seoul. Her father is chef Yoo Chang Joon. She has two sisters; her sister Gong is an actress.

She was in South Korean girl group Twice with fellow pop singer Nayeon.

Jeongyeon Is A Member Of