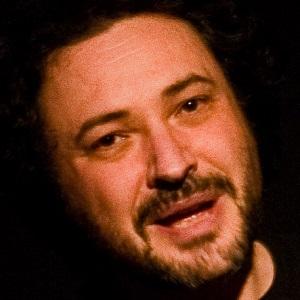 Screenwriter and playwright known for his work on a London West End horror play called Ghost Stories. He also wrote for The League of Gentlemen, a dark comedy sketch-turned-television program.

He graduated from the University of Leeds with a degree in philosophy and went on to earn a screenwriting degree from Leeds' Northern Film School.

He was awarded a British Academy Television Award and a Royal Television Society Award.

He was born in Leeds, Yorkshire to Elaine Saville and Melvin Dyson.

He and Andy Nyman co-wrote and co-directed Ghost Stories.

Jeremy Dyson Is A Member Of