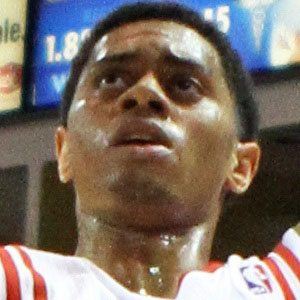 Lanky and athletic NBA guard/forward who was drafted by the Houston Rockets in 2012 and traded to the Oklahoma City Thunder prior to the 2012-13 season.

He played two years of college basketball at UConn, winning an NCAA Championship his freshman year.

He was born to Rolando and Angela Lamb and raised alongside three siblings.

His freshman year of college he played alongside star guard Kemba Walker.

Jeremy Lamb Is A Member Of