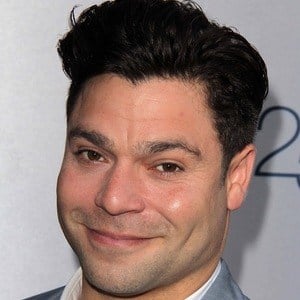 Cast member of the TV movie Jersey Shore Shark Attack who went on to appear in the films Jersey Boys as Donnie, Sully as Victor Gaggero and The Irishman as Thomas Andretta. He had notable TV roles in Small Shots, Mob City and Turbo and Joey.

He attended the College of Staten Island. He worked as a Nigh Club promoter.

He initially did acting as a stress outlet.

His ancestry includes Puerto Rican, Italian, and Jewish. His mom Ester is a physician's assistant and his dad Joseph was a sandy hook pilot.

He had a supporting role in Joseph Gordon-Levitt's film Don Jon.