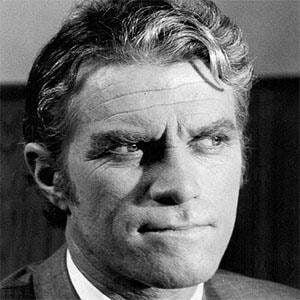 Prolific actor of film and television who appeared in over a hundred different shows. He also played roles in The Lawnmower Man and True Grit, and played a recurring role on Gunsmoke.

He attended St. Lawrence University in Canton, New York, where he became the most popular man on campus, playing football, editing the school magazine, and appearing on the campus radio.

He played Chuck Wilson on the ABC daytime soap opera, One Life to Live.

He wrote the lyrics to Tex Ritter's Top-10 hit, Just Beyond the Moon.

Jeremy Slate Is A Member Of