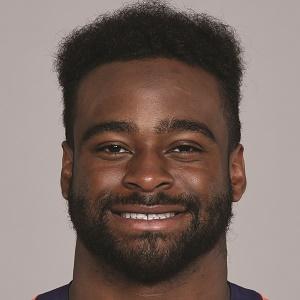 American football running back who was signed by the Oakland Raiders of the National Football League in 2012. He had a brief stint playing for the New York Jets before being signed by the Denver Broncos in 2014.

He played college football at Stanford and then signed with the Philadelphia Eagles as an undrafted free agent.

He finished his college career with 920 rushing yards and 14 rushing touchdowns. He recorded his first career touchdown by recovering a blocked punt in the end zone.

He was placed on the active depth chart behind fellow running back Montee Ball in Denver.

Jeremy Stewart Is A Member Of