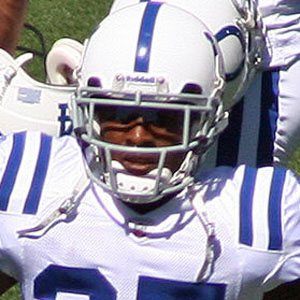 Cornerback who was the 92nd pick in the 2009 draft by the Colts. He joined the Arizona Cardinals in 2013 and recorded 231 tackles in his first five seasons.

He was ranked as a top 10 prospect in the state of Alabama by Rivals.com after his senior season Decatour High School.

He was a Freshman All-SEC selection and one-time Auburn Defensive Player of the Year during his college career.

He scored a touchdown for the first time in his career by taking back a Matt Ryan pass on November 6, 2011.

Jerraud Powers Is A Member Of