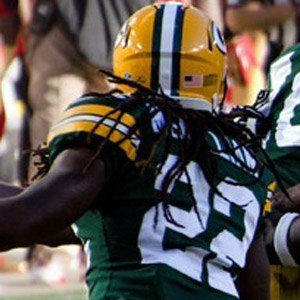 NFL safety who debuted in 2012 for the Green Bay Packers. He signed with the Kansas City Chiefs in January, 2014.

He played football at the University of Maine before being drafted in the 4th round of the 2012 NFL draft by the Packers.

He had his first NFL interception in his second career game, on September 13, 2012, against the Seattle Seahawks.

He debuted in the NFL for a Green Bay Packers defense led by star Clay Matthews.

Jerron McMillian Is A Member Of