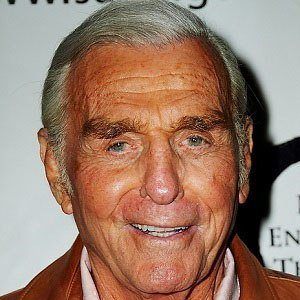 Known best for his role as John Abbott on the popular CBS soap opera The Young and the Restless, Douglas also appeared in episodes of The Feather and Father Gang and Mission: Impossible.

Born Gerald Rubenstein, he grew up in Massachusetts as the child of Eastern European Jews. Before beginning his acting career, he studied economics at Brandeis University and law in New York City and also worked as an insurance salesman.

In his seventies, he recorded a jazz CD titled The Best Is Yet to Come.

Before ending in divorce, his marriage to actress Arlene Martel produced children named Jod and Avra. His second marriage, to Kym Douglas, resulted in a third child, Hunter.

Peter Bergman was one of the actors who played Douglas' character's son on The Young and the Restless.

Jerry Douglas Is A Member Of