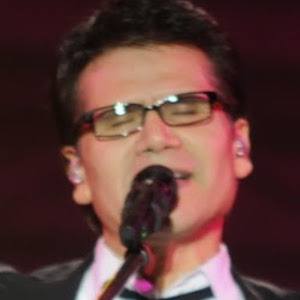 Mexican Christian singer who has released a number of albums which have found popularity among the Hispanic Christian community, including 1996's Unidos Por La Cruz and 2004's Te Daré lo Mejor. He is the founder of the Christian music record label Vastago Producciones.

He served as a pastor in Van Nuys, California after college. He later founded the Amistad y Vida in Agua Prieta, Mexico.

His Christian-themed book Cenando con Jesus was published in 2010.

He married a woman named Pecos and has children named Adrián, Jaanai and Melissa Romero.

Jesús Adrián Romero Is A Member Of