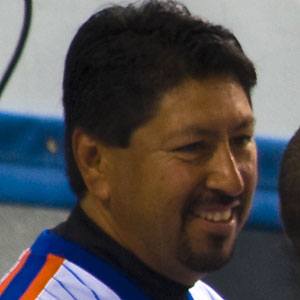 Set an MLB record for pitching appearances, and won a World Series Championship with the New York Mets in 1986 and the Los Angeles Dodgers in 1988.

He was originally drafted by the Minnesota Twins in 1978 but was traded to the Mets shortly thereafter.

He was a right-handed hitter but a left-handed pitcher and was used almost exclusively as a relief pitcher starting in the 90's.

He and his wife Leticia have three children.

He won a World Series with the Mets alongside Gary Carter.

Jesse Orosco Is A Member Of