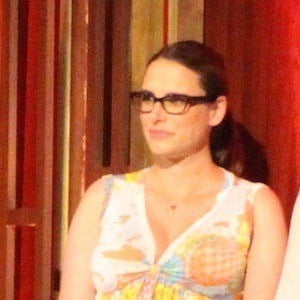 Famous for her career developing popular Comedy Central TV series, including as head writer for Inside Amy Schumer and as a producer for Chappelle's Show. In September 2017, she debuted as the voice of Jessi Glaser on the Netflix animated series Big Mouth alongside Nick Kroll.

She earned her bachelor's degree from Vassar College. Her first writing job came on The Showbiz Show with David Spade.

She worked as a writer for Saturday Night Live during its 2009-2010 season. She had her Comedy Central Presents stand-up comedy special released in 2011.

She and her husband Michael married in 2014.

She appeared alongside Mike Birbiglia in his 2012 film Sleepwalk With Me.

Jessi Klein Is A Member Of