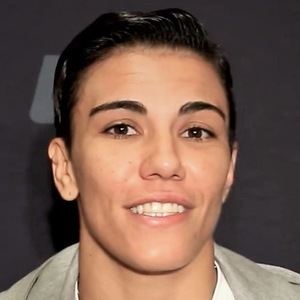 In the beginning of 2014 she was ranked 9th in the official UFC bantamweight rankings.

She was born in Umuarama, Paraná, Brazil.

Jessica Andrade Is A Member Of