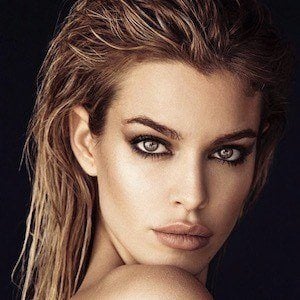 Spanish model and fashion designer with a clothing line called Goi; her professional modeling career was spawned in part by Instagram. She has earned 1.4 million followers on her goicoechea account.

She developed an interest in fashion at a young age, and decided to pursue modeling professionally during her early teenage years.

She has worked with top brands such as Puma, Calvin Klein and Victoria's Secret. She has been featured in publications that include Vogue, Glamour, Elle and Esquire.

She has a pet Pomeranian whom she often features on her Instagram account. She's been in a relationship with Arón Piper since May 2020.

Jessica Goicoechea Is A Member Of