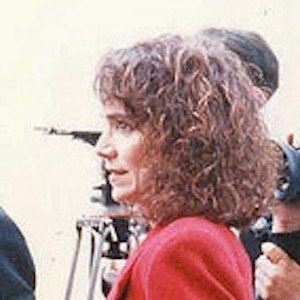 American actress, producer, and singer who is known for her appearance in Brian De Palma's film Phantom of the Paradise.

She attended Sarah Lawrence College. She made her debut appearance as an actress in the 1974 film Inserts. After gaining recognition, she would become a prominent figure in acting when she starred as the lead role in the film Suspiria.

In addition to her roles in acting and singing, she is also a writer and has published several different children's books as well as a cookbook titled The Crabby Cook Cookbook: Recipe's and Rants.

She has been married to film executive Tom Rothman.

As a star in the 2002 film Minority Report, she starred alongside Tom Cruise, Colin Farrell, and Samantha Morton.

Jessica Harper Is A Member Of