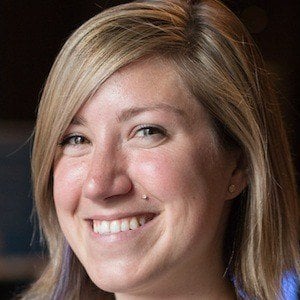 Illustrator and graphic designer known for her project Daily Drop Cap, which provides stylized drop caps for personal use. She's also helped design the "Love" stamp, which sold more than a quarter-billion copies.

She studied at the Tyler School of Art, after which she worked for Headcase Design and Louise Fili before embarking on her freelance career.

She's helped work for a variety of major companies, including The New York Times, Penguin Books, and Mail Chimp. She's also popularized the word "procrastiworking," which is the work you do while putting off other work.

She married fellow graphic designer Russ Maschmeyer. She has a daughter.

She helped create designs for A Hologram for the King and The Circle, novels by Dave Eggers.

Jessica Hische Is A Member Of