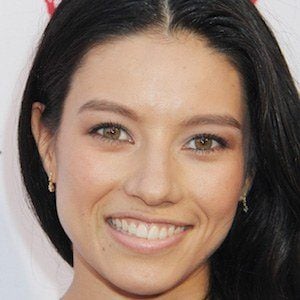 Freestyle dancer who rose to fame in 2015 while competing on the twelfth season of So You Think You Can Dance. She also appeared in competition on America's Got Talent.

In her early twenties, she moved to Los Angeles to begin studying dance, focusing on ballroom, jive, samba, and many other disciplines.

In 2011, she appeared as a dancer in the musical drama Go for It.

Her father is British and her mother is Japanese.

She competed against winner Jaja Vankova in the twelfth season of So You Think You Can Dance.

Jessica Rabone Is A Member Of