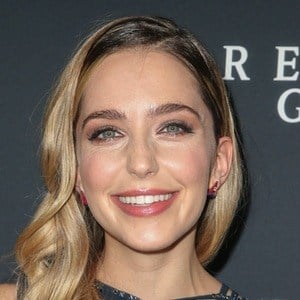 Starring as Tree Gelbman in the 2017 slasher film Happy Death Day, Rothe was featured in the Academy Award-winning musical La La Land the year prior. On TV, she was a series regular in the MTV show Mary + Jane. She was cast as Julie Richman in 2018's remake of Valley Girl and as Tree in Happy Death Day 2U.

In 2010, she appeared on America's Most Wanted: America Fights Back. The next year, she booked guest-starring roles in The Onion News Network and ABC's Happy Endings.

She was born Jessica Rothenberg to parents Susan and Steve Rothenberg.

She worked with Logan Paul on Valley Girl.