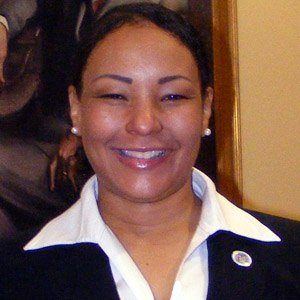 Democratic Party politician and 41st-district (Baltimore City) member of the Maryland House of Delegates. While in the House, she served in the Legislative Black Caucus of Maryland and on the House Judiciary Committee.

After graduating from Maryland's Loyola College with a B.A. in English, she earned her law degree from the University of Baltimore.

In 2007, she launched an unsuccessful campaign for the office of Mayor of Baltimore.

The daughter of teacher Zerita Joy Carter and civil rights activist Walter P. Carter, she grew up in Baltimore, Maryland.

She and fellow Democrat Justin Ross both served in the Maryland House of Delegates.

Jill P Carter Is A Member Of