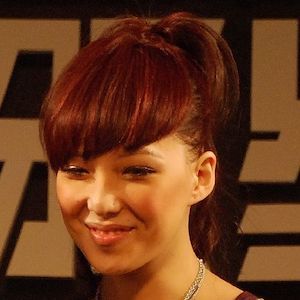 Singer who has won the hearts of Cantopop fans with high-charting singles like "Tattoo," "Being Told" and "All I Need." She made her acting debut playing Jill in the movie musical A Melody Looking (2006).

She was not successful academically, dropping out of secondary school. She joined the Amusic roster shortly thereafter.

She appeared in a famous series of anti-drug ads with Kelvin Kwan from 2006 to 2008.

Her twin sister Janice Vidal is also a popular singer.

Rapper San E is featured on her song "Being Told."

Jill Vidal Is A Member Of