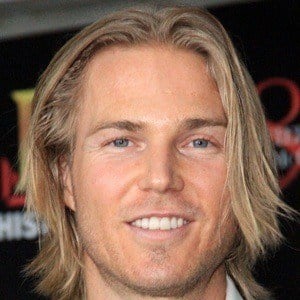 American television actor who is best recognized for his work on the Emmy Award winning series Hatfields & McCoys. He is also known for his portrayal of Tecton on the Disney XD Original Series Mighty Med.

One of his earlier television appearances was in a guest-starring role on USA's Psych.

He dedicated himself to martial arts training and received a black belt in Shorin-Ryu.

He is the son of James Otto VanOver and Geni Elizabeth King.

He starred in the Lifetime movie An Amish Murder opposite Neve Campbell.

Jilon Vanover Is A Member Of