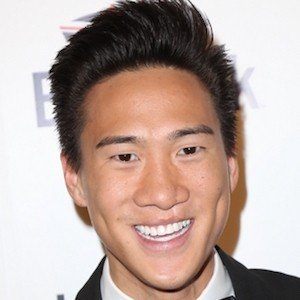 He danced in the Rochester City Ballet from 2002 until 2007 when he joined the Houston Ballet, where he stayed for 8 years.

Mikhail Baryshnikov was the one to hand him his National Foundation for Advancement in the Arts Gold Award in New York City, which he considers one of his most cherished moments. He has been a company member at the BalletMet in Columbus, Ohio.

He was born with a cleft lip, which was operated on when he was a small child. His parents adopted him when he was 6 months old and raised him in Rochester, New York. He got into ballet because he began to copy his older sister's moves she learned in class. He is openly gay.

He called fellow dancer and choreographer Alex Wong an inspiration to him on the show and he often cheekily referred to them as Team Asian and The Asian Invasion.

Jim Nowakowski Is A Member Of