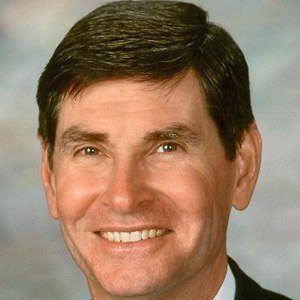 American track & field athlete turned politician who served in the United States House of Representatives from 1996 to 2007 as a republican congressman for Kansas.

He was the first high school athlete to break a four minute mile and set the U.S. open mile record, which he held for thirty six years (until 2001).

He held several track & field world records and won the silver medal in the 1500 meter race at the 1968 Olympics.

He married his wife, Anne, and had two sons, with whom he co-authored several books.

He once hosted a joint fundraiser with Rep. Mark Foley, but denied any connection to him after Foley's scandal broke.

Jim Ryun Is A Member Of