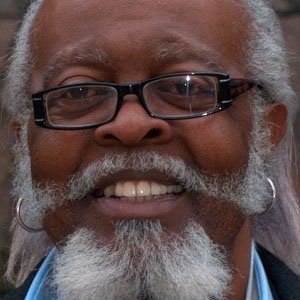 Activist and founder of a New York political organization called the Rent is Too Damn High Party. He unsuccessfully ran for political office on numerous occasions.

He served during the Vietnam War as a soldier in the United States Army. After returning from Vietnam, he worked briefly as an R&B musician.

He was employed for a time by the U.S. Postal Service, had a night job as a male stripper, and worked as a New York-based private investigator.

He was caricatured by actor Kenan Thompson on the popular comedy show Saturday Night Live.

Jimmy McMillan Is A Member Of