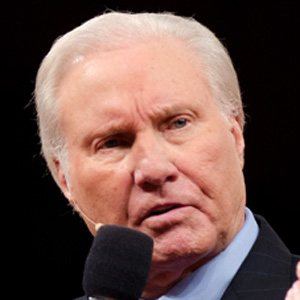 American Pentecostal pastor and televangelist who, beginning in 1975, has reached millions of people worldwide through his weekly television and internet broadcasts. He is also a musician, and has been a Dove Award finalist for his Christian recordings.

He started preaching on street corners at the age of nine.

He maintained enormous influence despite a sexual abuse scandal, which led to his defrocking by the Assemblies of God.

He married Francis Anderson in 1952. His son Donnie also became a preacher.

Jim Bakker and his wife Tammy-Faye were also well-know televangelists.

Jimmy Swaggart Is A Member Of