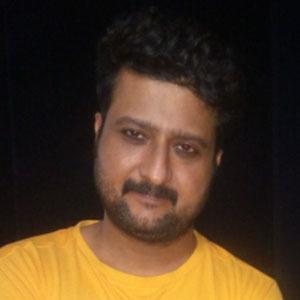 Marathi actor who is known or his work in both films and theatrical productions. He starred as Naru Mama in the 2011 film Shala and also played the recurring role of Katekar on the 2018 television series Sacred Games.

He started earning recognition as an actor on the Zee Marathi soap opera Hasa Chakatafu where he played the role of Krishna. He is also known for his hosting career and in 2011 took over the shot Marathi Paaul Padte Pudhe, a talent based reality series.

He is also a writer and lyricist who is known for having written several movies as well as the popular song "Kombdi Palali".

He was born and raised in Mumbai, Maharashtra, India.

He starred alongside Saif Ali Khan and Nawazuddin Siddiqui on the 2018 Netflix original series Sacred Games.

Jitendra Joshi Is A Member Of