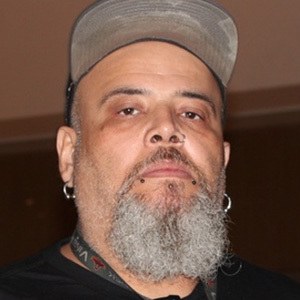 Singer who is best known as the frontman of the punk band Ratos de Porão. He also has a popular YouTube channel under the name Panelaço where he posts interviews and vegan recipes for over 290,000 subscribers.

He and Ratos de Porão released their first album, Crucificados Pelo Sistema, in 1984.

He served as a host of various programs on MTV Brasil in the 1990s.

His wife and kids have been featured on his YouTube channel.

He has featured Fernanda Lira on his YouTube channel.

João Gordo Is A Member Of