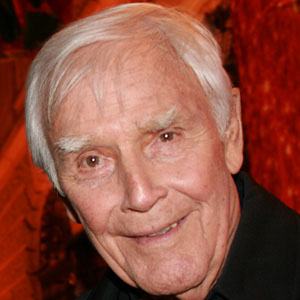 Award-winning German actor and businessman who became known for portraying the title character in several Edgar Wallace films. In 2012, he received a Bambi Award for his Life's Work.

During WWII he was trained as a Hitler Youth combat instructor.

After years of success on film and television, he retired to redouble his focus on stage acting.

He had a son named Thomas with his first wife, Gundula Korte, who passed away in 2010.

He starred in various film adaptations of Edgar Wallace novels.

Joachim Fuchsberger Is A Member Of