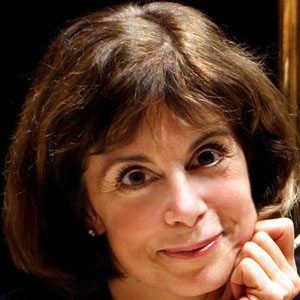 Creator and conductor of classical music who has served as music director of orchestras like the Virginia Symphony Orchestra. She has released more than 70 albums during her prolific career.

She studied at the prestigious Julliard School of Music, where she was an standout guitar player.

She is a much-awarded composer, received the Seaver/National Endowment for the Arts Conductors Award in 2002.

In 1986, she married musician Robert Alemany.

She can be seen conducting a rehearsal of Igor Stravinsky's "The Rite of Spring" in the 1987 documentary "A Woman Is a Risky Bet: Six Orchestra Conductors".

Joann Falletta Is A Member Of