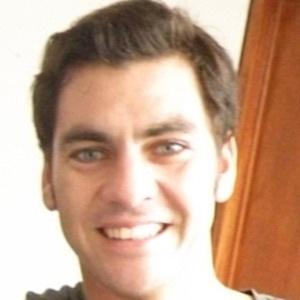 Peruvian actor who is best known for his role in the television series Al Fondo Hay Sitio where he played the character Michael Miller. He is also known for his theatrical productions and has starred in the plays Solo por Miedo in 2004 and Circulo de Arena in 2006.

His acting career began in television in 1997 when he starred in the series Torbellino. He went on to make his feature film debut in 2007 in the film You Don't Want to Know.

He has been featured in several press articles on the El Comercio Peru website including in December of 2010 and November of 2011.

He is the son of Guillermo de Orbegoso and Regina Seoane Morla. He is also the half-brother of fellow actress Katia Condos.

He starred alongside Denisse Dibos in the television series Al Fondo Hay Sitio.

Joaquín De Orbegoso Is A Member Of