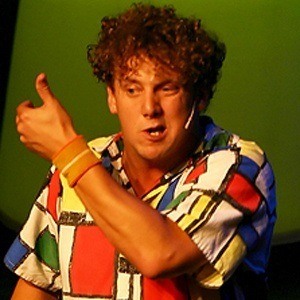 Comedian, author, and presenter who has become known for impressions of popular celebrities. He has also released numerous comedy DVDs including Adéhadé, Yeee-haa! and De Rust Zelve.

He briefly studied biology before beginning his career as a full-time comedian.

In 2015, he released his first children's book called De Gorgels.

He began a relationship with Marloes Nova in 2006. He has two children, Melle and Limoni.

Both he and Paul De Leeuw are prominent Dutch comedians.

Jochem Myjer Is A Member Of