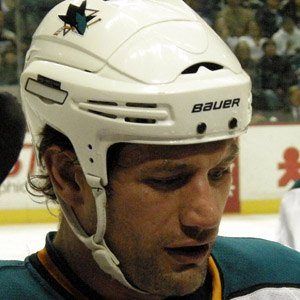 NHL winger best known for his penchant for fighting, having set the single-game San Jose Sharks record for penalty minutes with 41. He is considered one of the best players ever to play for the Halifax Mooseheads.

He played for the Halifax Mooseheads in the Quebec Major Junior Hockey League.

He was honored by the city of Yarmouth, Nova Scotia when they proclaimed July 13, 2013, as Jody Shelley Day.

He has a son named Owen.

He and Dallas Stars player Sean Avery tossed Gatorade at each other during a game in 2008.

Jody Shelley Is A Member Of