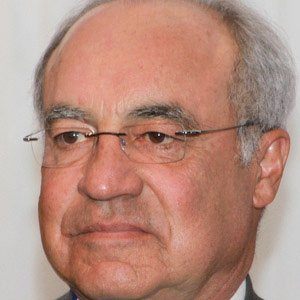 Politician and Democrat who served as a Member of the US House of Representatives from California from 1999 to 2013. He was a co-sponsor of the Stop Online Piracy Act in 2011.

He grew up in a Spanish-speaking household, learning English as a second language with his fourteen siblings.

He won his first political office as a member of the California State Assembly in 1992.

He got married to business partner Barbara Baca; the couple has two sons, Joe Jr. and Jeremy, and two daughters, Jennifer and Natalie.

He has represented California in the US House of Representatives, which can also be said for Barbara Lee.

Joe Baca Is A Member Of