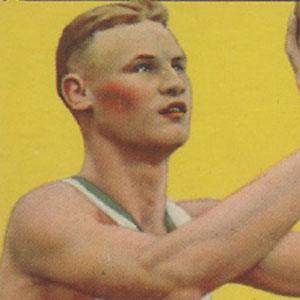 Hall of Fame player and coach in basketball's early era. He coached the New York Knicks to NBA Finals appearances in 1951, 1952 and 1953.

He started playing basketball about 20 years after its inaguration.

He married Bobbie Sarubbi in 1931 and they stayed together for the rest of his life.

In the pre-NBA era he coached a traveling team that was introduced at every game by Kate Smith, who sang "God Bless America."

Joe Lapchick Is A Member Of