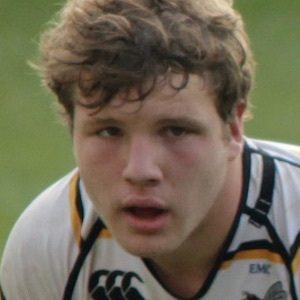 English rugby player known as a member of the Premiership rugby union and as a player for the Wasps football club.

At age fifteen he joined the Harlequins Academy team after stints in Horsham and Barns Green.

With the London Wasps, he was named both the Academy and Young Player of the Year for the 2010/2011 season.

He was born in Exeter, England.

Much like Dan Cole, he is an incredibly popular English rugby player.

Joe Launchbury Is A Member Of