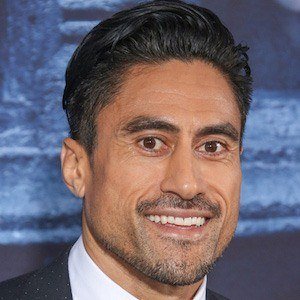 Known for playing Khal Moro on Game of Thrones, he's also played Eli Fa'asalele on Go Girls and Liscus on Spartacus: War of the Damned.

He appeared in his first film in 1997, but then pursued a career in professional rugby. He returned to acting in 2005 as Sef Lima on The Market.

He played rugby from 2002 to 2004 with the Leicester Tigers and Glasgow Warriors before a knee injury forced him to retire.

His brother Rene has also worked as an actor.

He appeared alongside Gina Varela on The Market.

Joe Naufahu Is A Member Of