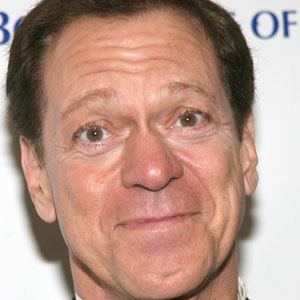 Comedian and Sinatra impersonator who was a cast member on Saturday Night Live from 1980 to 1984. He appeared in the films Johnny Dangerously and Wise Guys.

In high school he was a member of his school's drama club, 'The Masquers.' He later became a cast member of the short-lived sketch-comedy series Madhouse Brigade in 1978.

Even though he was just a Sinatra impersonator, he actually feared for his life because of Sinatra's alleged mafia ties.

In 1981 every cast member on Saturday Night Live was fired except for him and Eddie Murphy, who often played opposite each other in sketches.

Joe Piscopo Is A Member Of