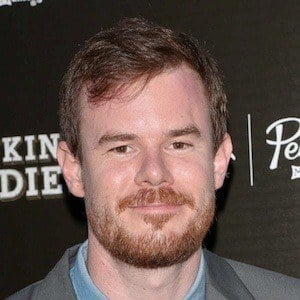 Independent filmmaker considered a major figure in the mumblecore movement who has served as a director, producer, writer and actor. Often using micro-budgets, his filmography would include Drinking Buddies, Happy Christmas and seven different features in 2010. He'd also create, write and direct the Netflix original comedy-drama anthology series Easy.

He majored in film at Southern Illinois University Carbondale.

As an actor, he would be featured in the Adam Wingard films You're Next and A Horrible Way to Die, as well as movies called White Reinfeer, Proxy, and Joshy.

He married Kris Williams in 2007 and he has two children.

He became a frequent collaborator of actress and director Greta Gerwig.

Joe Swanberg Is A Member Of