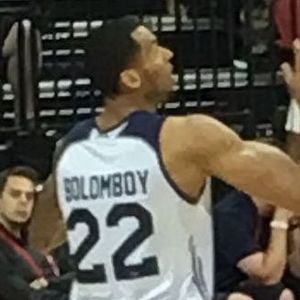 When studying at Weber State University in Utah, he played for the Weber State Wildcats. In that time he became the all-time leading rebounder in Weber State and Big Sky Conference history.

His father is Congolese and his mother is Tatar. In February 2019 he and his long-term girlfriend, Nicole Kata, announced that she was pregnant.

Viacheslav Kravtsov is also a basketball player born in Ukraine.

Joel Bolomboy Is A Member Of