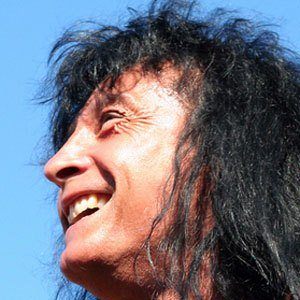 Best known as the frontman of Anthrax, this New York-born heavy metal musician also performed with a cover band called Chief Big Way and released several solo albums, including Artifacts I and the eponymous Belladonna.

He joined Anthrax in 1984 and released his first album with the band, Spreading the Disease, the following year.

Three of his Anthrax recordings -- Among the Living, State of Euphoria, and Persistence of Time -- became certified gold albums.

He grew up in Oswego, New York, in a family of Italian and Native American (Iroquois) heritage.

He and guitarist Dan Spitz were both members of Anthrax.

Joey Belladonna Is A Member Of