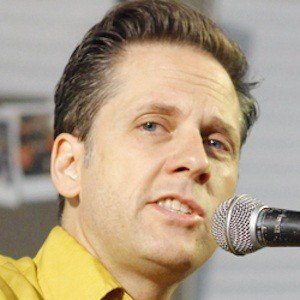 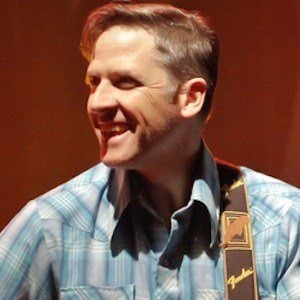 Singer and multi-instrumentalist most well known as the frontman of the Tucson, Arizona-born band Calexico. The band is trademarked for their unique fusion of rock and Latin influences like mariachi and conjunto.

He was studying music at the University of California, Irvine when he first met fellow bandmate John Convertino. He then went on to play upright bass on a European tour before returning to the U.S. to form Giant Sand and the Friends of Dean Martinez.

In 2007, Calexico was invited by Arcade Fire to cover "Ocean of Noise," a recording which was later featured on the b-side for the vinyl single "Intervention."

He and his wife Melba have twin daughters.

Calexico recorded their 2005 EP In the Reins with folksinger Iron & Wine.

Joey Burns Is A Member Of