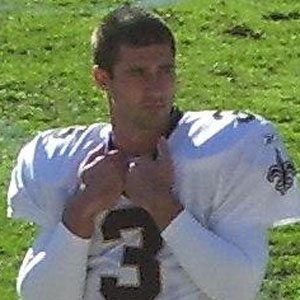 Former NFL quarterback whose career spanned from 2002 to 2008.

He finished his career at Oregon with a 25-3 record, earning an array of NCAA awards.

He was drafted 3rd overall by the Detroit Lions in 2002 and is considered one of the biggest NFL flops of the first decade of the 2000s.

He is the cousin of golfer Padraig Harrington.

He played backup quarterback to Drew Brees on the New Orleans Saints in 2008.

Joey Harrington Is A Member Of