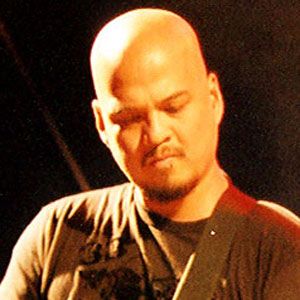 Filipino guitarist who played for the alternative rock band the Pixies and then went on to score documentaries.

He developed an early interest in the Hammond organ and had to share it with five of his brothers.

He formed The Martinis with his wife.

His family emigrated to the U.S. after the president of the Philippines declared martial law.

He considers Chet Atkins among his musical influences.

Joey Santiago Is A Member Of