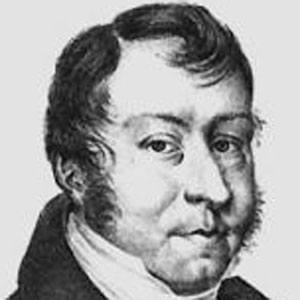 Virtuoso pianist who bridged the transition between the Classical and Romantic eras. He had a tumultuous friendship with Beethoven. He was also famous for his 1828 publication "A Complete Theoretical and Practical Course of Instruction on the Art of Playing the Piano Forte."

He was trained for four years by composer and pianist Muzio Clementi while in London.

His close friendship with Franz Schubert motivated Schubert to dedicate his final three piano sonatas to him, although the publishers switched the dedication to Robert Schumann.

Johann Nepomuk Hummel Is A Member Of