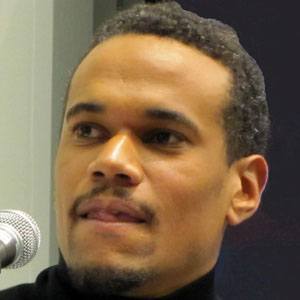 Swedish poet and author known for Only The Gods Are New, Omega, The Cities Inside Hall, and other poetic works. He also published a prose work entitled If I Were to Die Under Other Skies and a play called Defense.

His poetry collection, Omega, was inspired by the death of a close friend.

He was born to a Swedish mother and a Ugandan father.

He and Nobel Laureate Tomas Transtromer were both born in Sweden.

Johannes Anyuru Is A Member Of