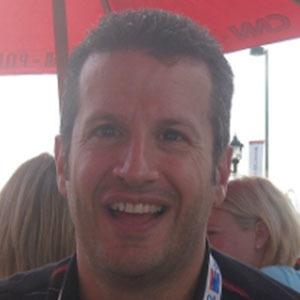 Journalist who has gained fame for his career in Democratic political reporting, consulting, and civil rights advocacy. He founded the progressive news blog AMERICAblog in 2004, which was soon after named to the New York Times' list of 17 recommended politics & government blogs.

He earned his bachelor's degree in rhetoric from the University of Illinois at Urbana-Champaign. He later gained his joint J.D./M.A. in foreign service from Georgetown.

He reported on AMERICAblog about doctored photos BP shared during the 2011 Deepwater Horizon oil spill, which received massive media coverage, including on CNN and CBS. He has hosted his own independent UnPresidented podcast covering politics.

He is openly gay. He is a first generation Greek-American.

He has had Rabia Chaudry as a guest on his UnPresidented podcast.

John Aravosis Is A Member Of