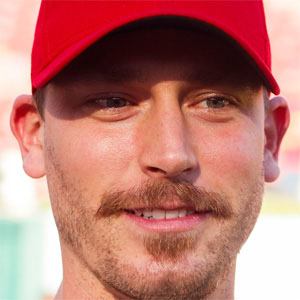 Flame-throwing closer who led the National League in saves in 2011 with 46 as a member of the Milwaukee Brewers.

He is a film buff and is known for correctly predicting Academy Award winners.

He was born in Simcoe, Ontario, Canada.

Gold Glove center fielder Mike Cameron was his teammate on the Brewers.

John Axford Is A Member Of