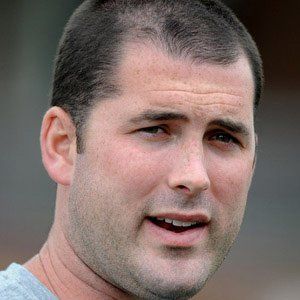 Former NFL quarterback who was selected by the Minnesota Vikings in the fifth round of the 2008 NFL Draft.

He attended USC, but he sat behind Matt Leinart on the depth charts and never made a huge impact on the football program.

He was one of the first players to ever leave high school a year early to play college football.

He married his wife, Jill, in July 2009; his older brother, Josh Booty, was a quarterback for the Cleveland Browns and the Oakland Raiders.

He was teammates at USC with the one and only Reggie Bush.

John David Booty Is A Member Of