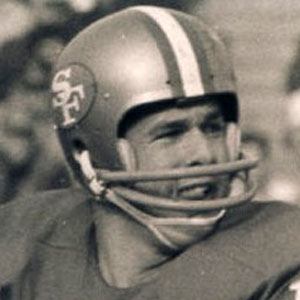 Former NFL quarterback who played for the San Francisco 49ers from 1957 until 1973; won the NFL Most Valuable Player award in 1970.

He was an All-American football player at Stanford. He also played golf, a sport he later picked up again after retiring from the NFL.

He led the league in passing yardage and passing touchdowns and retired as the third most prolific passer in NFL history.

He fathered four children, one of whom married former NFL quarterback Chris Chandler.

He shared time with the great quarterback Y.A. Tittle when he joined the 49ers.

John Brodie Is A Member Of