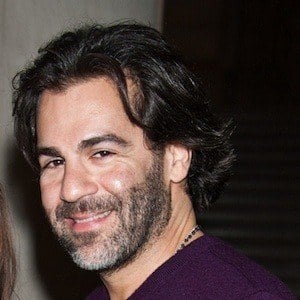 TV actor who appeared in Pete Holmes' 2017 show Crashing. He also appeared as himself on Big Morning Buzz Live in 2013.

He met his wife at a mutual friend's birthday party.

He is the lead singer of the band The Cringe. The band has released 5 albums as of 2017.

John Cusimano Is A Member Of